Carnivores have a very important ecological role, however, many of the human-animal conflict centres around carnivores. For example, carnivore-livestock conflict is amongst the most important drivers in the global decline of large carnivore populations. We recognise the important ecological function of carnivores, and aim to use strategies to mitigate some of this conflict. Our research and awareness includes large carnivores, such as leopards, small and medium carnivores such as serval and mongooses, as well as avian predators, such as owls.

Monitoring of carnivore and small mammal diversity at industrial sites 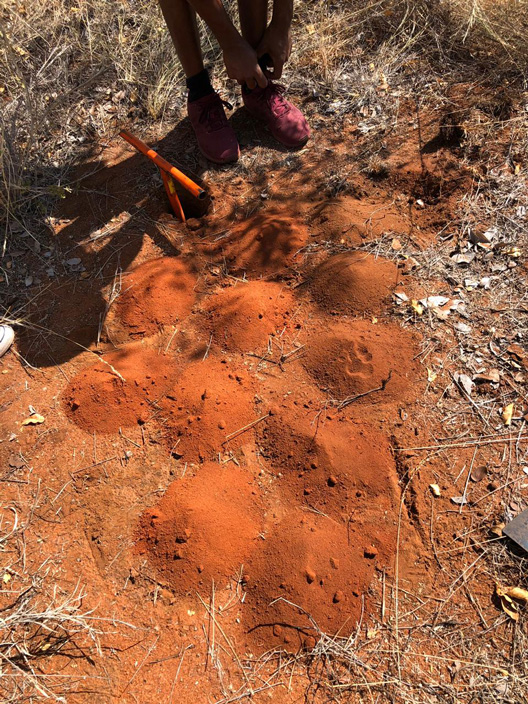 The mining and petrochemical industries plays an important role in the South African economy and employment. While these industries can have a negative impact on the environment and biodiversity, there is emerging evidence that natural and unused areas at these industrial sites can be important refuges for biodiversity. For the Sasol State of Biodiversity project, for example, we use the serval as a model taxon to investigate the persistence of a specialist carnivore (and their prey) in varying levels of land transformation and reclamation. To achieve this, we do annual camera trap surveys to estimate serval densities and carnivore diversity, which we contrast to other industrial sites, the agricultural matrix and natural areas. We utilize fine scale GPS tracking data to quantify the landscape permeability for serval. Finally, we collect data on serval diet on various landscapes to quantify the prey base, and ultimately the drivers of serval populations in these landscapes. We believe this study will greatly improve our knowledge on the conservation value of industrial sites for various species and that these sites should be considered in conservation planning.

Large carnivore-livestock conflict is amongst the most important drivers in the global decline in large carnivore populations. While there has been tremendous headway made in mitigation strategies, the carnivore declines still persist. In South Africa the African leopard (Panthera pardus) is one of the last remaining free roaming large carnivores that is hard hit by livestock conflict. Especially among rural small holder and communal farming communities the conflict (and impact) can be devastating, since these communities lack the financial resources to protect livestock. In this project we aim to address the conflict using a different mitigation angle. First, we use livestock guard dogs as a mitigation action. Secondly, we use the deployment of the livestock guard dogs as an education opportunity among the smallholder and communal farmers, as well as the local schools. Our education and outreach activities does not only focus on conflict and mitigation strategies, but also the importance of other small carnivores in the ecosystem. Our results so far has showed that the study area have over 14-17 species of small carnivores, which is quite an achievement. Finally, our outreach and education program also include the cultural importance of small/large carnivores in the communities, ranging from traditional medicine to cultural regalia. We believe that conservation programs that span the cultural and ecological space will be more successful than programs only focused on financial and ecological aspects.

Biodiversity data is critical in monitoring the effect of change on species and populations. In response to the urgent need for more accurate assessment of mammal occupancy and populations, the Snapshot Safari project, that is sponsored by the Foundational Biodiversity Information Programme (FBIP) will collect camera trapping data from various camera trap grids across South Africa. AICE assisted with camera trap surveys in parts of Limpopo Province.